Learn everything you need to know about your 15 week old baby. Track important developments and milestones such as talking, walking, growth, memory & more.

Get ready for a major milestone: rolling over! Most babies start flipping from their bellies to their backs between 4 and 6 months. Back-to-belly rolling, on the other hand, usually occurs closer to 6 months because it requires slightly stronger abdominal and neck muscles. In the meantime, you might get a few middle-of-the-night wake-up calls as your baby rolls to his stomach, then gets stuck. If he's fussing and frustrated, you'll want to gently flip him onto his back—and hope he gets the hang of flipping himself sometime soon. But if he doesn't mind becoming a stomach sleeper, don't feel like you need to obsessively flop him onto his back. Although the risk of SIDS increases when babies sleep on their stomach, that's primarily an issue for newborns who are too young to move their heads—clearly not a problem for your little one anymore.

Still haven't seen your baby's first rollover? Encourage it by propping him up more often. Fluffing a few pillows behind him on the couch or letting him ride in the stroller with the seat in the upright position strengthens his neck and tummy muscles and lets him work on head control. Plus, it's a more interesting way for your baby to soak up his surroundings.

It's time for baby's 4-month well visit soon. Your doctor will examine the usual stuff—height, weight, head circumference, heart rate, skin, and genitals—and also assess your baby's strength and motor-skill development. You'll talk about his sleeping and eating habits and she'll give you tips on introducing solids, which will happen sometime in the next two months. Don't forget your list of questions—start jotting them down now.

Speaking of questions, here's one you might have right about now: Why is my baby drooling so much? Between 3 and 6 months drooling tends to peak. In part that's due to teething; most babies cut their first tooth between 4 and 7 months. But you can also blame it on immature mouth muscles. Infants don't have the same control over their lips and tongue that adults do, which leaves them acting like you do after a numbing shot of novocaine at the dentist. Invest in a supply of bibs, which will help sop up the wetness and save you from changing his shirt nine times a day. Occasionally, the constant dampness might cause a rash on his face, but dabbing the irritated area with lotion or petroleum jelly, which acts as barrier against the saliva, should help.

As a new mom, you probably get peppered every day with all sorts of parenting advice—from your mother, friends, coworkers, even total strangers. Sure, there are some gems of wisdom in there. But then there's the woman at the supermarket who can't believe you would let your daughter suck his thumb (try coating it with Tabasco sauce!), or your cousin who's shocked that you've stopped breastfeeding already. Parenting is a field peopled with thousands and thousands of quasi-experts, many of whom are delighted to share their hard-won knowledge about the right way to parent. But in the end, you're the one who's the expert on your child and what she needs.

While it can be hard to hear advice, which often feels more like criticism in disguise, remind yourself that nine times out of 10, the advice-givers just want to help. They aren't necessarily implying that you're doing something wrong; they simply want to make your life easier. No need to launch into elaborate explanations of why you quit breastfeeding or why sucking his thumb is really okay for your little one. A simple "Thanks, I'll keep that in mind" should be enough to avoid ruffling feathers—and discourage any unsolicited tips down the road. 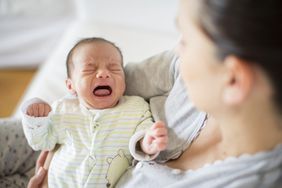 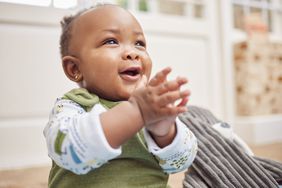