Why does my infant spit up and then clog his nose?

Q: My month old baby who was born 3.5 weeks early seems to have an issue that I have never seen before. When he spits up, which is not often, he sucks it up into his nose where it clogs up and then he cant breathe thru it so he panicks and thrashes around until I can get it sucked out. He is not colicky, he does not have acid reflux, it just somehow ends up in his nose. This occurse about once a day or everyother day. Is this normal?? If so how long till he grows out of it?

A: Physiologic reflux which presents as spit up in babies is extremely common in newborns, particularly in premature infants. About half of all newborns up to the age of 4 months will have reflux and the numbers are higher in premature babies. This is simply a "mechanical" issue in babies where the lower muscle of the esophagus is "relaxed" and will mature and strengthen with time. Most babies will grow and thrive throughout it all and will outgrow this "spitting up" phase by the time they reach 1 year (it's much sooner for most babies). It sounds like your baby has infrequent spit-ups (aka reflux) and when he does, that liquid triggers a respiratory protective mechanism which is to cough and when he takes a breath in, it inadvertently gets sucked into his nose. Even though it is fairly common for the spit-up to reach up into the nose, this can be distressing and frightening...to both of you!

The good news is that it sounds like this is infrequent. Still, some precautionary measures you can take until this "spitting up" phase significantly improves is to keep your baby upright after feedings and consider smaller more frequent feeds if this issue becomes more problematic. If your baby is growing, thriving, not irritable, and the spit-up remains infrequent...time is the best treatment. 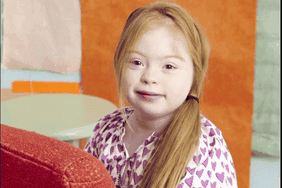