Ever wonder what happens to your infant in the hours after he's born -- and before you bring him home? Take a look.

In the Delivery Room

The big day is finally here: After all those hours of labor, you'll see your newborn for the first time. And while you've probably read up on what will happen to you after giving birth, you may not have realized how busy your baby will be during his first 48 hours. Procedures vary from one hospital to the next, but here's what you can expect -- from the cutting of the cord to the last screenings your baby will need before you put him in his car seat and head for home.

When your baby is born, her first cry will kick-start her lungs. The obstetrician will suction her mouth and nose to clear away any mucus or amniotic fluid and make sure both nostrils are fully open. Your newborn will be put onto your body, cord intact, and covered with a blanket. If you have a C-section, the doctor will lift your baby up so you can see her; then she'll be cleaned up and given to your spouse to hold. If your baby is born prematurely or is in respiratory distress, she will be taken immediately to the neonatal intensive care unit for examination. Large babies (those weighing more than 8 pounds, 13 ounces) may need to be taken for a heel-stick blood test, since they are at risk of having low blood sugar levels during the first few hours of life.

Anatomy of a Delivery Room

Next, your infant will be diapered, wrapped, and capped. If you're up to it, you can breastfeed. If not, you can still hold your little bundle. Babies are usually quite alert after birth -- the perfect time to begin bonding.

After about 30 minutes, a nurse will likely put your baby in a warmed Isolette (an enclosed crib on wheels) and bring her to the nursery. However, if your hospital allows "rooming in" -- in which the mother and baby are kept together -- you and your newborn will travel to your postpartum recovery room, where she'll be checked out.

Next, your doctor will listen to your baby's chest for heart murmurs and his abdomen to make sure his bowels are functioning normally. She'll feel your baby's soft spots, look for swellings on his head (most are harmless), and examine his eyes and genitals. She'll also check for things like cleft palate, collarbone fracture (which is not uncommon during delivery and generally heals on its own), birthmarks, and hip dislocation. "In addition, most states check for congenital hearing loss," says Deborah Campbell, M.D., director of neonatology at the Montefiore Medical Center, in New York City. Then, with your consent, your baby will be given the first of his immunizations, the hepatitis B vaccination. (It can also be given later, at the first well-baby visit).

After such a busy beginning to his life, your newborn can at last look forward to some peace and quiet: It's finally time to go home with you.

Sometime during your newborn's first two days of life, blood will be drawn from her heel and screened for certain disorders. Exactly which disorders she'll be tested for depends on where you live.

All states require testing for congenital hypothyroidism and phenylketonuria (PKU), a rare but serious metabolic disease. Most states also test for sickle-cell disease. Before delivery, ask your doctor what other screenings are done routinely. If any metabolic disorders appear in your family history and your state doesn't screen for them, your doctor can order specific tests.

Copyright © 2002 Denise Porretto. Reprinted with permission from the December 2002 issue of Parents magazine. 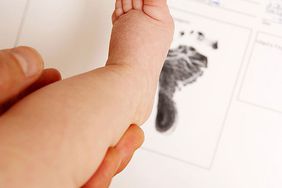 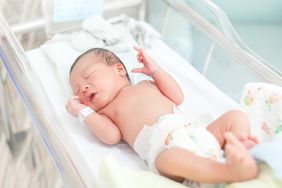