Is your little one suffering from a stuffy nose? These expert-approved home remedies can help combat their congestion.

A stuffy nose can mean one cranky baby. Mild congestion isn't worrisome, since it's usually caused by allergies, dry air, or viral infections like the common cold. But babies can't clear the mucus themselves, which means you'll need to help with the task. Keep reading to learn how to help a baby with a stuffy nose, from home remedies to saline nasal spray.

Babies can't have decongestant medicine until they're 4 years old because potentially life-threatening side effects could occur, according to the Food and Drug Administration (FDA). However, "you can gently clear your newborn's nose with saline solution and a bulb syringe," says Michael Rothschild, M.D., director of pediatric otolaryngology at Mt. Sinai Hospital, in New York City. Saline solution is the only safe nasal spray for babies, infants, and toddlers.

To use saline solution, lay the baby down on their back and, if possible, slightly tilt their head back (don't force it, though). Then spray two to three drops of saline spray into each nostril. Don't worry if your baby sneezes some of it out—it still made its way into the nasal passage. If any spray comes out of the nose, wipe it away gently with a tissue.

Once the saline spray is in your baby's nose, you'll want to use a bulb syringe (also called a nasal aspirator). Choose one that's specially made for their tiny nostrils; it should have a rounded, acorn-shaped tip, says Dr. Rothschild. Once again, lay your baby down on their back. Squeeze the bulb to get all of the air out, and, while still squeezing, gently insert the tip into your baby's nostril (be sure not to stick it too far up). Then release the pressure, take it out, and squeeze the mucus out of the bulb onto a tissue. Repeat in the other nostril for an effective baby stuffy nose remedy.

If a manual bulb isn't your jam, you can also use some of the more convenient nasal aspirators available, such as the FridaBaby version—these can help you suck the snot out of your baby's nose much easier.

Looking for natural remedies for a baby's blocked nose? These three options might help clear the congestion.

1. Steam up the bathroom

If your baby has a stuffy nose, run a hot shower for a few minutes. Then, when the bathroom is steamy, sit in the room with them for a bit. This will help loosen the mucus in their nostrils. But don't go in the hot shower with your little one—the water can scald them!

Most of us have the heat on in our homes during the winter months, and that dry air can stuff up a baby's nose. Keeping a cool air humidifier going in their room can offer some relief and prevent stuffiness. Keep the humidifier clean to prevent fungus from growing. This is an especially useful remedy for a baby's stuffy nose at night!

Babies may need more sleep when they're sick, so don't neglect your soothing bedtime routine. Also, make sure your little one drinks enough breast milk or formula to prevent dehydration. Your baby can stay in an upright position during feedings to decrease congestion.

When To Visit the Doctor

Most of the time, baby congestion is nothing to worry about. But you should visit the doctor if your little one has difficulty breathing, wheezing noises, trouble feeding, or has a fever. Also make an appointment if congestion doesn't clear within four or five days. In this case, your doctor might be able to inform you about how to clear a baby's stuffy nose. 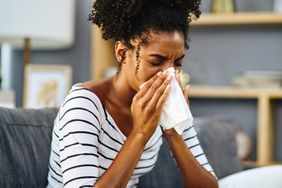 What Causes Congestion and Nosebleeds in Pregnancy? 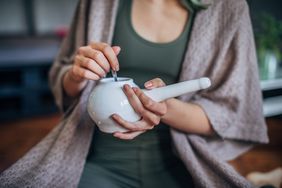 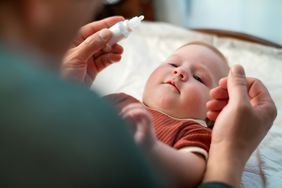 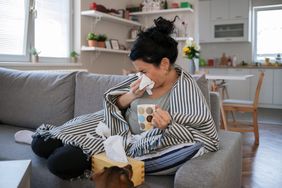 What should I do about nasal mucus? 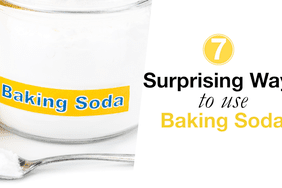