Everything You Need to Know About Breast Milk Color

From blue and yellow to red, green, and pink, here's everything you need to know about breast milk color and when it might be cause for concern.

If you pump—or freeze—your breast milk, you may have noticed that (sometimes) it's a different color. While breast milk is considered "liquid gold," it can take on various hues: from white and yellow to blue, green, and brown. Heck, sometimes breast milk is pink, as recently proven on TikTok, when a mother went viral for pumping milk the shade of a strawberry shake. But why does your breast milk change color, and are these changes cause for concern? Here's everything you need to know about the color of your breast milk.

What Is the "Normal" Color of Breast Milk?

While most breastfeeding parents have milk which is white, or even light blue, there is no such thing as "normal." What is regular for one person may be different for you. The type of milk you are producing will also affect the shade. For example, colostrum—or the first form of milk produced by the mammary glands—is typically thick and yellow, though it can be runny and clear. The point is, if your milk isn't white, don't fret: at least not yet.

All About Your Breast Milk Supply

"There is a wide range of normal when it comes to color for breast milk," says Hali Shields, a certified birth and postpartum doula, national board-certified health and wellness coach, and certified lactation education counselor. "Blueish, yellow, cream, orange are all normal and safe for baby."

There are several reasons your breast milk may be yellow. If you just started breastfeeding, you will likely be secreting fluid which is thick and yellow in color (called colostrum). Eating foods high in beta-carotene—such as carrots, squash, and sweet potatoes— can also alter the hue of your milk. Your milk may also change shades when frozen. Sometimes, freezing breast milk can turn it slightly yellow.

When your milk has transitioned from colostrum and becomes mature—or reached the final stage of milk production—it will (in most cases) take on a whitish hue. "Mature milk is usually white, light yellow, or has a blue tinge," Shields says. "Sometimes, it takes on the appearance of skim milk. However, it's important to note that while mature milk is typically white, it can change colors depending on your diet and from the foods you eat. Frozen breast milk may appear yellow since it separates and can even look layered."

Can Breast Milk Be Green—or Even Blue?

While blue breast milk is caused by a different set of circumstances than green breast milk, neither is cause for concern.

What Causes Breast Milk to Be Pink, Red or Orange?

There are a few reasons why you may be producing pink, red, or orange milk. Demi Lucas, an International Board Certified Lactation Consultant and patient care coordinator with The Lactation Network, says pink milk—often referred to as strawberry milk—occurs when blood is present. This is usually the result of cracks in and/or around the nipple, as well as damage within the ducts. "Bright neon pink breast milk can be a sign of a bacterial infection," Lucas adds. "Red milk can be from food dyes, or can be blood from damage to the breast from breastfeeding or pumping. Rusty Pipe Syndrome, which is harmless, is also a condition that can cause red-tinted breastmilk." This condition occurs when old blood—left inside of the milk ducts from vascular breast engorgement—is released.

When Should You Call Your Doctor

While it can be alarming to see your breast milk change color, most of the aforementioned changes are not cause for concern. Many are benign. However, if your breast milk remains blood-tinged for a few days or more, you should probably contact your physician, as pink or red breast milk can be indicative of other issues.

How to Store Your Breast Milk 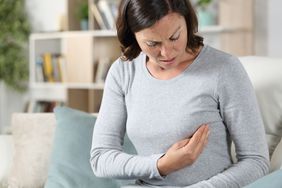 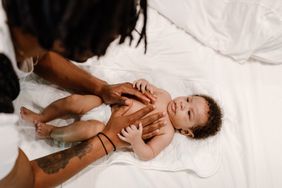