A mom named Laura Gerson took to Facebook to share a hack that other mothers love—and that's doctor-approved!

When it comes to helping babies fall and stay asleep, a parent will do absolutely anything. That's why one brilliant trick shared by a mom on Facebook is going viral. U.K.-based mom Laura Gerson shared in the closed Facebook group The Motherload that when her daughter Amelia was about 3 months old, she was struggling to find her pacifier in her crib after it fell out of her mouth, and she'd end up crying all night looking for it. But Gerson discovered a trick to help her little one self-soothe.

She wrote on Facebook, "Weird bedtime routine that’s worked… Lol. Since my little one was about 3 months old she’s gone to bed with roughly 10 dummies in with her. Found that when she cried of a night all she wanted was a dummy then she’d go back off." Gerson realized that if she had multiple pacifiers around her in the crib, she would be able to find one for her mouth, and maybe one to hold. It's occasionally "trial and error with her losing a few down the side but 99% of the time she feels around, finds a dummy, sticks it in and she’s sorted!" she explained. "Haven’t had to go into her of a night for about 8 months now… WINNING!! I don’t even wanna think about the time when the 'Dummy Fairy' comes to take them away though."

The proud mama told PopSugar that her daughter "isn't a total dummy-fiend and doesn't even have them through the day really, but it really soothes her having them through the night, and having more in there makes it easy for her to find one and hold one (or two). Just made sense that if that was all she wanted to make it easier for her to get to them without getting herself stressed when she couldn't. Happy baby, happy mummy!" No kidding!

But what do experts think about this seemingly brilliant parenting hack? Robin Jacobson, MD, a pediatrician at Hassenfeld Children’s Hospital at NYU Langone tells Parents.com, "I think having pacifiers all over the cribs help to soothe the child like a security blanket. I remember a friend of mine’s child used to walk around with a pacifier in his mouth and one in each hand for comfort. Certainly having many pacifiers at easy access would make finding one and falling back to sleep easier."

That said, Dr. Jacobson warns that the trick does have a potential drawback: "One issue that parents have when their child sleeps with a pacifier is when they go through sleep patterns and are partially awake they can’t fall back to sleep without a pacifier, because they have not learned to self-soothe themselves," she notes.

Ultimately, though, it seems like Gerson's genius move is a safe one that one many parents will want to give a shot -- if only for the sake of a few more precious Zs! 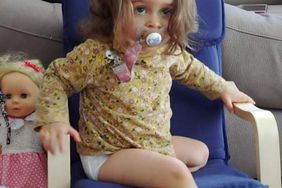 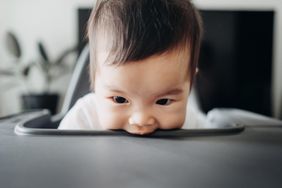 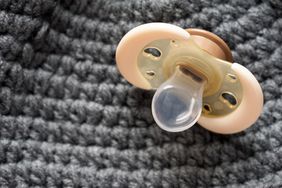 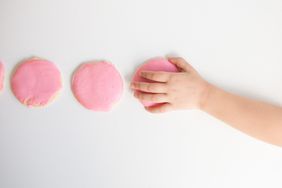