How young does racism start? New research suggests you might see signs in your 6- to 9-month-old baby.

The research, from the Ontario Institute for Studies in Education, shows infants of this age are biased in favor of people of their own race and against those of other races based on two studies.

Now, let's pause for a moment before diving into the science. No one is suggesting we are all accidentally raising baby bigots. Everyone has some amount of internalized views on race, no matter the goodness of our intentions. But this new research could help us cut off racism at its first inkling in a baby's constantly-learning brain.

For grown-ups, unconscious racial bias can be found in "almost all of our social interactions, from health care to commerce, employment, politics, and dating," study lead author Kang Lee, Ph.D., said in a press release. “If we can pinpoint the starting point of racial bias, which we may have done here, we can start to find ways to prevent racial biases from happening.”

Generally, of the people babies interact with, about 90 percent are the same race. The babies in these studies also had little to no exposure to people of different colors.

Kristen Bell Exclusive: How I Talk to My Kids About Race

Previously, it’s been assumed racial bias came from bad experiences with people of different races. But this research shows it could actually be the exact opposite.

"Racial bias later in life may arise from our lack of exposure to other-race individuals in infancy," Dr. Lee explained. "Infants will learn from people they are most exposed to.”

If babies aren't exposed to different races, they group racial groups together in their mind instead of viewing people as individuals who might be different colors.

So with all this research proving even babies aren't color blind, what's a parent to do?

"What parents can do is from early infancy (right after birth) expose your child to other race individuals in person or through media such as books. Interestingly many parents by unconscious choice tend to show books depicting people of their own race," Dr. Lee suggested. "So parents should overcome that and choose books worldly."

Bottom line: Introduce your little ones to people of a variety of races. With a diverse array of faces around them, there's less room for biases to develop.

Libby Ryan was the Editorial Assistant for Parents.com. 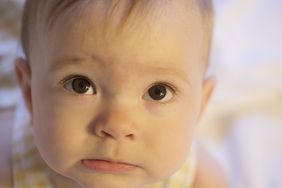 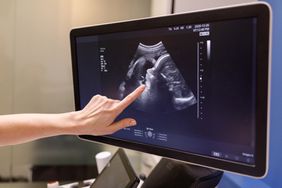