When Ashley Chestnut underwent chemotherapy, she had to stop breastfeeding her son. Thankfully, she soon met nurse and fellow mom Jackie Kenney.

A heartwarming, inspiring story of a Nebraska mom is making national headlines. Just before Christmas, Ashley Chestnut, a mom of two from La Vista, was breastfeeding her 5-month-old when she experienced intense pain in her shoulder and chest. She told Nebraska Medicine (where she ended up being treated for cancer), “It was unlike anything I’ve ever experienced. The pain was so sharp that I couldn’t even lift my 13-pound baby.”

The 30-year-old was soon diagnosed with primary mediastinal B-cell lymphoma, which is a specific type of non-Hodgkin lymphoma that usually occurs in young women. Thankfully, it was caught early on and Chestnut's doctors say her prognosis looked good. But due to chemotherapy, she was unable to continue breastfeeding her L.O. “I couldn’t breastfeed anymore,” Chestnut told 3 News Now. “I’d be tired all the time, sick all the time, I felt like his first year was going to be robbed from me.”

To make matters even more challenging, Chestnut's son Easton has a dairy and soy intolerance which makes it tough for him to consume donor milk safely.

Thankfully, Chestnut's stress over Easton's feedings was short-lived, because she soon met a staff nurse named Jaclyn Kenney. Kenney had her baby girl Halle just one day before Easton and had also happened to stockpile pumped breast milk. What's more, her daughter also has a dairy intolerance, so her milk would also be suitable for Easton. (She also had it tested just to be sure.)

“I didn’t really think twice, I had a freezer full of breast milk, and I just went in there and asked if she’d be interested in having it,” Kenney told 3 News Now.

Ultimately, the nurse was able to donate over 1,000 ounces -- or 8 gallons -- of her own breast milk to Chestnut. So amazing!

“It was an answered prayer,” Chestnut told Nebraska Medicine. “As a mother, I want to provide my son with the nutrition he needs.” And with the heartfelt support of a fellow mom, that's precisely what she's able to do! 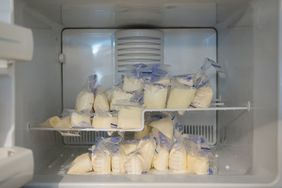 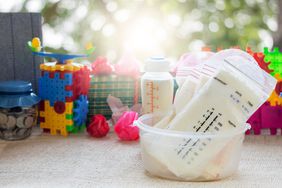 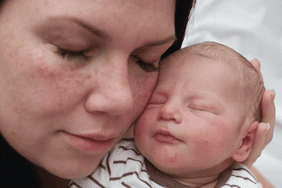