Somewhere in the Hong Kong airport, when she and her sister were switching planes, Morrow's water broke and she went into labor. Baby Kyuss was born 8 weeks premature in a Hong Kong hospital and transferred to the NICU.

And that's when things got tough.

Because Kyuss was delivered on foreign soil, Morrow's insurance company refused to pay for the hospital stay or postnatal care. Medicare/Medicaid turned her down for the same reason. And since the baby's name wasn't on the traveler's insurance policies, his expenses aren't covered. As of this writing, Morrow's bills total $27,200 and are rising by $1,600 every day. (A GoFundMe account has been set up for the family, and so far some $25,000 has been donated.)

But the mounting costs aren't just a financial drain—they also prevented Morrow from getting the wheels in motion to bring her child home to Iowa, where her husband and daughter are. That's because initially, the hospital wouldn't release the baby's birth certificate—a must to get the ball rolling on his passport—until the bills were paid in full. Administrators have since backtracked, after Morrow's story made international headlines.

Now, with birth certificate in hand, the new mom can start preparing for her family's return home. Earlier today, U.S. Embassy officials issued Kyuss' passport in a whirlwind one hour. But the question remains: When can he leave the hospital and make the long journey back to the States? He's still being tube-fed every other feeding and is exhausted easily. On her Facebook page, Morrow wrote that she'll confer with doctors tomorrow to figure out a release date and determine what provisions need to be made for the flight home.

In the meantime, she and her sister Sara are trying to stay positive and focus on the baby. "What a wonderful blessing, Kyuss you are loved by many," Sara wrote on Facebook over the weekend. "This has been an eye opening experience. A lot of lessons have been learned. But the true testament was the strength. The passion and power the love mother has for a child."

Image of Kyuss and Wendy courtesy of Wendy Morrow via 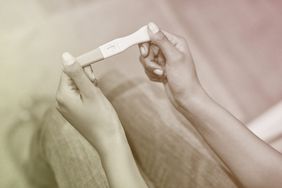