Yup, I was that much of a rookie.

As I quickly learned, there's more than one way to hold a baby. In fact, a charming dad in Australia has come up with 17 different poses—and they're all pretty spectacular.

YouTube how-to video that's now gone viral, dad Jordan Watson and his adorable 5-month-old daughter, Alba, starts out with basic moves, like the Standard Shoulder Hold and Reverse Standard Shoulder Hold. But then he loosens up with stuff clearly inspired by real-life parenting. There's the Stinky Nappy for Me hold and, of course, the Stinky Nappy for You hold. The Box of Beers (holding a baby on your lower hip like you would a 12-pack of brewskis) and the Hide Ya Beer Belly (baby as camouflage!).

But my two favorites are when the good-natured Alba goes airborne in the Show Off to the Other Dads Superman and the Show Off to Other Kids Fish (cue sweet baby leg wiggles).

Need a refresher in baby holding 101—or just want a good chuckle? Check out the full video below, then tell us in the comments below what your go-to hold is.

Bonnie Gibbs Vengrow is a New York City-based writer and editor who traded in her Blackberry and Metro card for playdates and PB&J sandwiches—and the once-in-a-lifetime chance to watch her feisty, funny son grow up. Follow her on Twitter, Pinterest and Google+. 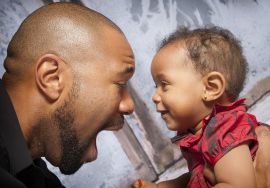 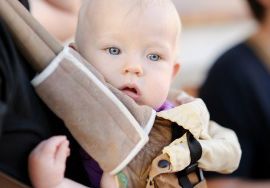 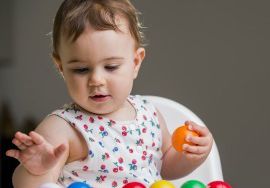 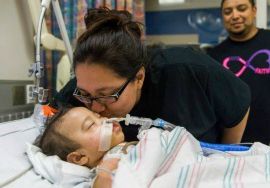 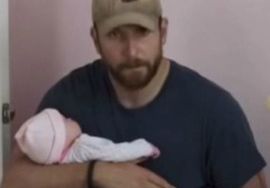