Could Your Baby's Delivery Method Impact His Gut Health?

A small study suggests the way babies are delivered and their early diet might affect their gut health, and therefore their health later in life.

Both delivery method and early diet could make a notable difference in the bacterial composition of an infant's gut, according to new research.

Why does a baby's gut composition matter? Because the collection of microbes mainly in the large intestine develop after birth and after the start of feeding, and are linked with health outcomes later in life.

By tracking the birth and feeding records of more than 100 six-week-old infants, researchers found those born vaginally had a different gut composition from those delivered by C-section. Differences were also found between babies who were breastfed, compared with those who received formula or a formula and breast milk mix.

"It obviously makes a difference how you're delivered," Dr. Mark Corkins, a certified nutrition support clinician, told NWI Times. "The unborn child's gut doesn't have any bacteria while in the uterus, of course. When they're inside Mom, inside the amniotic fluid, there's no bacteria in there. So you only get colonized after birth, when you get a mouthful of bacteria during delivery, if you come through the vagina, because the vagina isn't sterile. But if you're born by C-section, the belly is scrubbed down with disinfectant in a sterile operating room so you don't get the same flora. You get what's basically in the hospital."

Study author Anne G. Hoen, Ph.D., and coauthors collected information about the delivery mode from medical records, details on feeding from questionnaires, and data about microbiome composition from stool samples. The infants were born at an average gestational age of nearly 40 weeks; 70 were delivered vaginally and 32 by C-section. And in the first six weeks of life, 70 were breastfed, 26 received a combination of breast milk and formula, and six of them consumed only formula.

To date, there have been no long-term longitudinal studies of the effects of early feeding method on the microbiome, but study authors say it appears early feeding methods could have lasting effects on microbial community structure. "Understanding the patterns of microbial colonization of the intestinal tract of healthy infants is critical for determining the health effects of specific alterable early-life risk factors and exposures," they concluded. "To this end, we have identified measurable differences in microbial communities in the intestinal tracts of infants according to their delivery mode and diet, with possible consequences for both short- and long-term health." 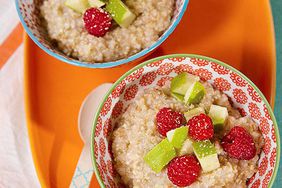