Harlem Renaissance author Zora Neale Hurston (her claim to fame is the classic Their Eyes Were Watching God) had a relatively popular name back when she was born, but it's just reentering the top 1000 now.

If the past is destined to repeat itself, this unisex name is definitely making a comeback in 2020. Billie hit peak popularity in the 1930s when it almost broke into the top 100, and we have a feeling it's about to do it again thanks to Billie Eilish.

Meaning "wild" or "weaver", this name has been predicted to spike thanks to extra search on Nameberry over the last year. If you're looking for a short-yet-sweet girl name that isn't super popular Mia, this could be your new favorite.

The feminine version of Theodore, Theodora is nowhere near as popular as it's counterpart, but it's just as cool in our opinion. It has not ranked on the Social Security Administration's name list for a century, but according to Nameberry, it's creeping up in searches.

Spunky, quirky, and athletic. Olympic skier Picabo Street was named after a town in Idaho near where she was born.

Beatrice, which means "she who is bring happiness", ranked well out of the top 100 at #573 in 2018 making it a Shakespearean classic that's far from overused. The nickname Bea is also equal parts vintage and unique.

You may think Angelina when you hear this name, but kids in your child's kindergarten class definitely won't. This classic French name means cheerful or pretty and it's due for a comeback.

This fun girls' name means "friend" when translated in the Dakota language, and it's become a fashionable name girls thanks to stars like Dakota Fanning (who's birth name is Hannah Dakota Fanning).

Surname baby names are becoming more popular by the day, but while Parker is a unisex favorite, it's still outside the top 100 for girls. Actress Parker Posey is one of the most famous bearers of the name.

Pretty sure it's impossible not to have a happy disposition with a name like Poppy. Take a queue from trendsetter Jamie Oliver who named all of his daughters flower names, including Petal Blossom, Daisy Boo, and Poppy Honey.

Even before Princess Charlotte joined the royal family in 2015, this short form of Charlotte was in the top 100 names in the U.K. In the states, however, it fell off in terms of popularity decades ago making it a unique choice for children born in 2020.

Looking for a name full of love after suffering loss? Iris, the name of the Greek goddess of the rainbow and depicted as a lovely young woman with golden wings, is a unique way to honor a miracle baby due to arrive after a miscarriage.

Despite this sweet French girl name making an appearance in celebrity circles over the last few decades, Coco still hasn't yet cracked the top 1000, so odds are your daughter will stand out.

The lovely retreat-island off the coast of L.A. may come to mind first, but Catalina's also an exotic alternative to the more traditional Catherine.

Looking for an interesting way to get to that Maggie nickname? Magdalene, which is connected to one of the more interesting women in the New Testament, a follower of Jesus, means "tower."

This name has admittedly climbed into the top 100 over the last year, but it's still a unique choice for parents looking for a cute-yet-classic name that isn't totally ordinary.

Arya AKA fierce sword fighter from the Stark clan in Game of Thrones is about as badass as it gets.

The Grateful Dead song "Sugar Magnolia" may inspire some bohemian parents to pick this for their daughters.

Girl names that start with "O" are few and far between. Inspired by famous and fierce sharpshooter Annie Oakley, this girl name pick is far from the top 100, but could see it rising as Olivia makes it's departure.

Another fun "O" name option, Olive is one of only four girl names starting with the vowel on the U.S. top 1000 list according to Nameberry.

Latin for "eighth", Octavia is a great alternative to the played out Olivia but with a far more fascinating history: In the Roman Empire, Octavia was the sister of Octavian who was married to Mark Antony.

Greek mythology names have been having a moment in 2019 and Nyx in particular has been rising in search on Nameberry. Associated with "night", this packs a powerful goddess punch. 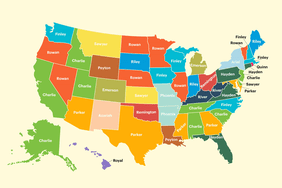 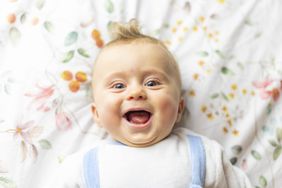 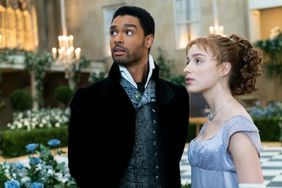 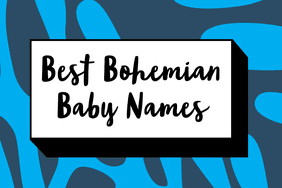