If you don't want your baby to be the third "Matthew" in class, use this list of weird names as your guide to choosing something more hip and trendy to call your baby boy or girl.

When it comes to baby names, the highest ranking names on the Social Security Administration's list each year tend to be the usual suspects. While occasionally a Nevaeh or a Jayden joins the ranks, you can expect to see the classics—William and Elizabeth, Benjamin and Emma—year after year. But it really gets interesting when you look beyond the top 1,000 list in the baby name data and delve into the strange world of below-the-radar baby names. Mixed in with the creative spellings of traditional names—Paytyn, Sophiya, Ezekyel, and Khrystopher—you'll find some, ahem, unique baby name choices. Check out the wild and unusual names that some kids were recently given.

Some names may be offbeat but still pretty decent—names like Happy, Wise, Famous, Beauty, Celestial, Success, and Divinity. But then there are the names that have a pretty negative connotation: Wraith, Furious, Trigger, Nemesis, Minor, Shy, and Danger. And even some alcoholic baby names: Shiraz, Chardonnay, Gin, and Syrah. Some boys were even named, Unnamed.

Yeah, we like Game of Thrones and Star Wars, too. But should your kid really end up with a name taken from them? From Harry Potter, you'll find Severus, Draco, and Bellatrix. Lord of the Rings fans picked Samwise, Arwen, Eowyn, and Theoden. Star Wars fans like Lando, while Katniss, Primrose, Gale, and Effie came from the Hunger Games. And Game of Thrones fans picked Tyrion, Theon, Sansa, Khaleesi, Daenarys, Stark, and Shae.

Maybe the weird spelling was intentional, but we prefer these names with the proper spelling: Zeppelin (misspelled Zepplin or Zeplin), Romeo (Romio), Treasure (Trejure), Chosen (Chozen), Temperance (Temprince), Pharaoh (Pharoh), Moxie (Moxxi), Miracle (Mircale), Dynasty (Dynastee, Dynastie, or Dynesty) and Captain (Kaptain). And, inexplicably, there's the odd Xzayvian, which seemed like an attempt to squeeze as many consonants as possible into one name.

Several parents seemed to want to ensure that their kids got a royal title in their name—so they smushed together a title and a name. That's how we got Sirjames, Siranthony, and Kingjosiah. But there were a few other odd combos—like Jesusangel and the Beatles homage Pennylane.

Talk about brand loyalty! There were kids named after cars: Subaru, Lexus, Infiniti, Audi, and Porsche. And then there were kids with other brand names: Armani, Dasani, Dior, and Chanel.

Nevaeh was a recently dreamed-up name (it's Heaven backward, if you haven't run across it). But now that it's an in-vogue name, there are weird variations: Levaeh, Deveah, and Kaveah. (Is "Heavel" an idea you want for your kiddo?)

Austin and Brooklyn may top the places people want to name their kids after, but there are some pretty cool locales that you don't hear very much. Boys got names like Tokyo and Nazareth; girls were named Sierraleone, Syria, Arabia, and Zealand. 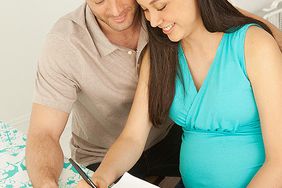 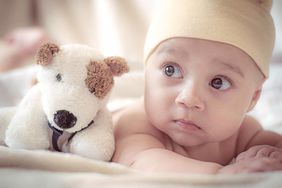 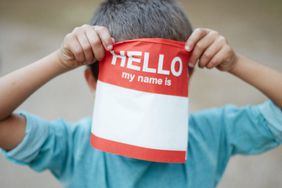