Whether you like the idea of choosing a name that honors a legend, idolizes an action hero, or one that just sounds totally wild, every one of these badass baby name ideas will prove your baby's a force to be reckoned with.

Looking for the perfect baby name for your future trailblazer? Consider one of these badass baby names for boys and girls that are all a bit brash, bold—and maybe just a little bit dangerous. In a good way, of course!

There's nothing more rock 'n' roll than naming your kid after your favorite music legend—or your favorite rock anthem. Some of the more popular names in this genre include surname picks like Jagger, Hendrix, and Lennon (after Mick, Jimi, and John, naturally), but there's plenty of anthemic baby name picks out there.

Your favorite leading ladies and guys could inspire perfect badass baby names, whether you're looking at action heroes like Rocky or take-no-prisoners literary badasses like Elizabeth Bennet.

RELATED: 50 Bohemian Baby Names That Are More Popular Than Ever

Want to honor a hero from history—or a more modern model citizen? Consider some of these names:

Some baby names are simply wild by definition—or by being a little more creative. Consider some of these options for your kiddo. 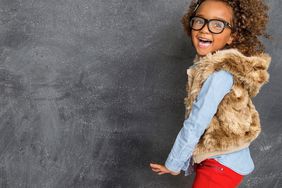 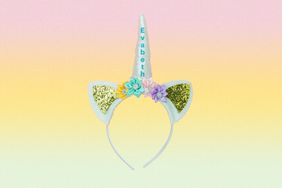 From Evabeth to Jaspin, Made-Up Baby Names Are on the Rise